This is part 2 in Ripen’s series of predictions for the ecommerce industry in 2015. Click here for part 1.

It’s a user-friendly world – we’re all just living in it. I predict this year digital marketing will become more hyper-targeted and more driven by user preference, as savvy marketers continue to follow users where and how they shop.

With that in mind, let’s look at five overarching trends to keep an eye out for in 2015. 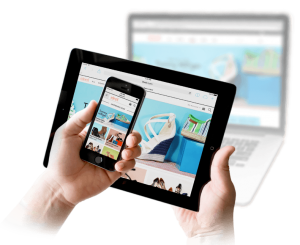 A mobile mentality will shape digital advertising in the coming year. In 2014, users expected you to apply your content to any screen size. In 2015, the expectation will become even more pronounced, making good responsive design a necessity rather than a luxury.

Plus, the rise of wearable tech like Google Glass and smart watches – and an increasing variety of phones and tablets – mean we must continue to accommodate multiple screens. It’s possible that by the end of 2015 we’ll be discussing the best designs for heads-up display (HUD).

Programmatic ad buying will also continue to grow, as we speed up our ability to target users more accurately and purchase ad space more efficiently. Demand side platforms and real time bidding platforms give us the ability to analyze data points and make a bidding decision all in the fraction of a second the page takes to load. 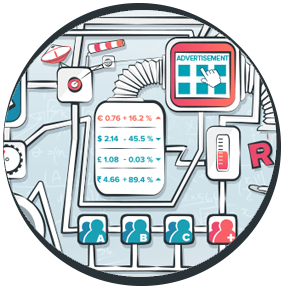 There used to be a time when we went to the bank and talked to a teller to deposit a check or withdraw money. Now, those functions are performed by faster and more accurate automation. Ad buying automation is in its infancy, but the writing is on the wall that widespread adoption is inevitable.

SOCIAL COMMERCE? I THINK NOT

Shoppers can be pushed by social aspects of ecommerce – reviews, endorsements, referrals – all of which will continue to play a role in creating an in-depth shopping experience for customers. But, forcing commerce on social networks has resulted in failure after failure. Facebook and Twitter will still look to monetize their users with ecommerce transactions, but users aren’t seeing the value.

Did you ever wonder why PPC usually has better ROI than traditional display advertising? And why retargeting ads are so successful? Because both PPC and retargeting are prompted by users’ intent to buy. Timing is an incredibly important factor in commerce, and social ads are not based on these signals. 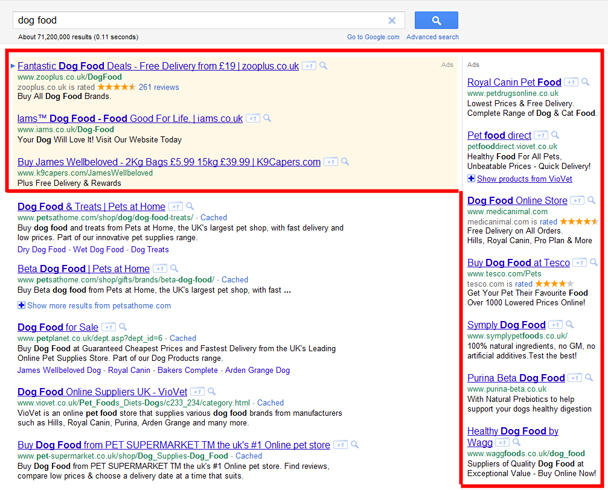 Also, there is no added value of using social platforms to conduct transactions over an already established ecommerce site. There’s too much friction for the user when stuffing a ‘buy now’ button on their platform. Users don’t have payment info stored with the social network, and they aren’t familiar with return policies and guarantees. It’s also understandable that retailers are hesitant to relinquish control of their sales processes to a platform that doesn’t have a track record of demand, and little to no retail experience. So, what value do they add to either the user or the merchant?

I believe the attempts by social platforms to monetize their existing social audiences through buy buttons will continue to fail, unless they figure out a way to provide value to both the user and the merchant, which is highly unlikely because of their position in the market.

The amount of content created on the web is increasing faster than we’re able to consume it. The problem has manifested on Facebook where the organic reach of posts continues to decline for the majority of content, but goes viral for the top .1%. At a time when 20 outlets want to cover the same topic, it makes sense that the best one or two rise to the top, while the other 18 go nowhere.

As companies widen their content marketing budgets this year, we can expect a portion of that to go towards promoting content. From digital, to print, look for promotions of specific content offers, not just brand awareness. Why else are content marketing platforms such as Taboola and Outbrain getting paid to promote good content? Content is a valuable product and will be marketed as such.

This year the distinction between the roles of a publishers and brands will get even fuzzier. And I’m not talking about native advertising. Brands are acting more like publishers by recruiting great writing and outreach talent.

At the same time, publishers are acting more like brands by creating relationships they need to sell their captive audience. Once they’ve established a loyal readership, they can cherry pick the best content to publish and solidify the brand.

Now I’m talking about native advertising. It’s no secret the gurus at Triggit have had great success with newsfeed ads on Facebook this year. And the success isn’t isolated. Native advertising has been and will become a primary method of data-driven advertising. 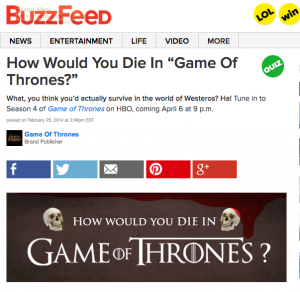 Look at the click-bait bosses at Buzzfeed, a business built entirely on convincing users that their articles are not ads. And is it working? What character from Game of Thrones are you?

This is one of the few examples where quality of content and how we bait readers may be less than honorable. Unfortunately, the industry as a whole will not be held back by what is or isn’t ethical.

How honestly we advertise depends on how much push back we receive from consumers, and so far there hasn’t been enough to stop the native advertising train. And it should continue full-speed ahead in the coming months.

Finally, I believe 2015 will bring the ultimate death of black hat SEO. Google has made it clear that an attempt to game its algorithms in the short term will be punished with long-term consequences. Experienced retailers have wised up and are now playing above board with their SEO. This isn’t to say that black hat tactics will completely disappear – but real businesses interested in preserving a future in SEO will stop using them.

The same way Google’s algorithm has evolved, Facebook will follow suit to punish click-bait that detracts from the overall user experience. Facebook’s algorithms are much younger than Google’s and are just learning how to fend off the onslaught of spam. But, they’ve already shown encouraging signs of being able to improve the quality of their algorithms over time.