On Tuesday, Apple’s keynote address unveiled the company’s newest creations to an audience hungry for the latest and greatest in all things tech. Among the products announced were the latest models of Apple’s illustrious smartphone line, the iPhone 6 and iPhone 6 Plus. While the phones’ larger 4.7-inch and massive 5.5-inch screens may have blocked the limelight, ecommerce owners (and all retailers, for that matter) should note the features that will most affect how users shop.

Why it’s important to ecommerce

Almost 70% of U.S. population is using smartphones, and the iPhone has long reigned as the most popular option. In fact, the chart below from Business Insider shows the company already has more than twice the number of credit cards on file as Amazon: 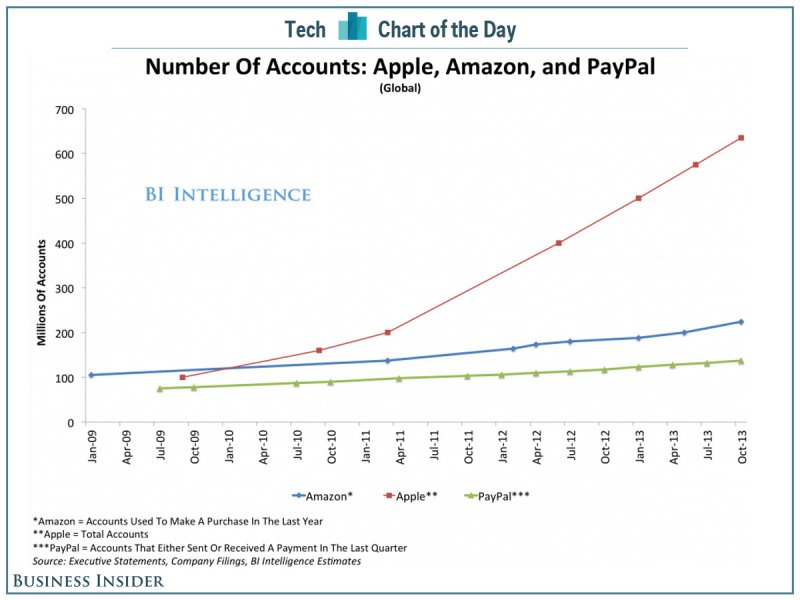 It stands to reason that any major changes to the company’s most popular mobile device are sure to impact the consumers who use them and retailers who depend on them to deliver sales. The iPhone 6 brings several significant changes to the device, one of which is known as Apple Pay.

For in-store shopping, Apple’s new mobile payment service is made possible by an NFC chip that transmits short-range commands between the user’s phone and in-store receivers. 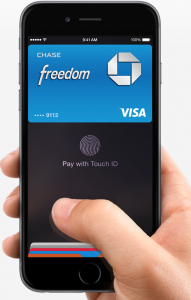 Apple Pay also works with ecommerce purchases, simplifying the buying process to the touch of a button. After credit card info is stored (Apple has partnered with Visa, MasterCard, AMEX, and a handful of banks) users only have to touch the screen and their fingerprint will be verified with TouchID. The one-touch payment ability is in line with online retailers’ perpetual focus on simplifying the mobile shopping process.

Ripen marketing director David Rekuc weighs in: “Ecommerce owners should take every step they can to lighten the burden on mobile shoppers. Whether that’s by removing navigation bars during checkout, making buttons bigger, or auto filling users’ information, the process needs to be as quick and painless as possible. Apple Pay is a great example of online shopping made easier, and it could transform the way people shop online and in-stores.”

Apple Pay is also a useful tool for ecommerce owners looking to develop their own mobile apps. The new iOS 8 for both iPhone 6 models will allow developers to harness TouchID for fast, easy payments in a controlled, branded environment.

The fact that this is a new payment service – on the most popular mobile device – that affects an area of commerce that has had exponential growth in the past decade – is monumental news for online retailers. How easy it is for sellers to adjust to the service and what percentage of users take advantage of it remain to be seen, and no one will know for sure until Sept 19th. Maybe we all should get in line to find out.